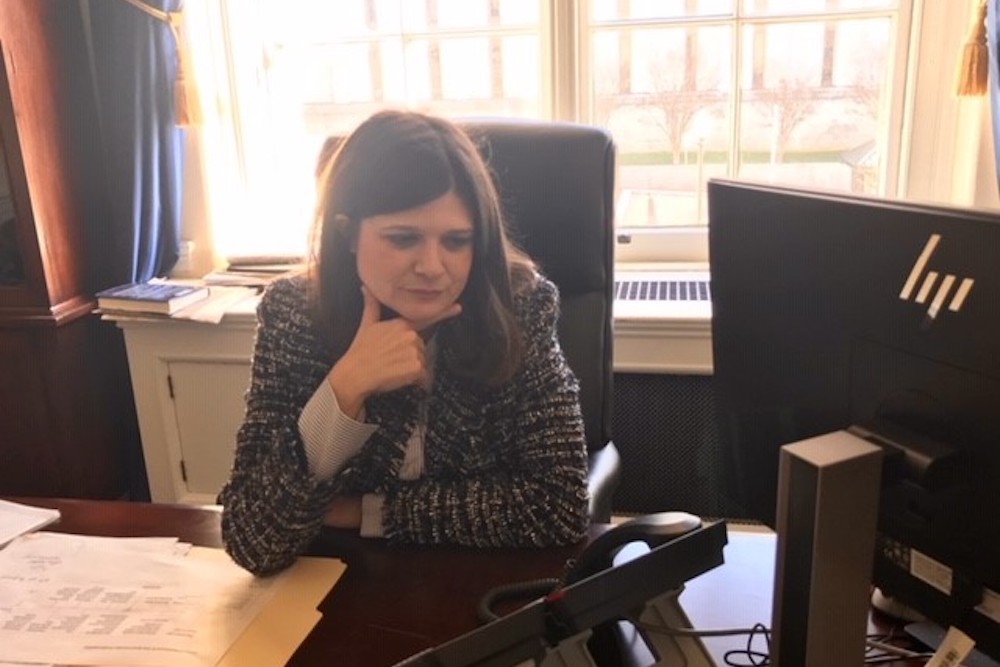 Freshman U.S. Rep. Haley Stevens, D-Michigan, was among more than 200 co-sponsors of the Protecting the Right to Organize (PRO) Act, which could dramatically alter American labor law.

A U.S. House vote on the Protecting the Right to Organize (PRO) Act appears delayed for this year. Although placed on the House calendar earlier this month, no vote has been scheduled.

“Perhaps the Speaker [Nancy Pelosi] knows something about the political realities of the legislation," Stephanie Ferguson of the U.S. Chamber of Commerce wrote in a recent opinion article. "Because the fact is that the PRO Act would suffocate employers, preempt state’s rights and overturn Supreme Court decisions. This isn’t exactly a winning formula in many congressional districts.”

Right-to-work laws, meant to safeguard workers from having to pay union dues, would effectively be repealed, Ferguson argued.

“Under the PRO Act, workers could potentially lose their jobs if they do not agree to pay fees to a union, even if they decline membership,” she wrote.

The PRO Act would impact workplace democracy by allowing unionizing by card check.

“Under card check, private ballot elections conducted by the National Labor Relations Board are not required – simply showing that a majority of workers have signed a pledge card would suffice,” Ferguson wrote. “The problem here is that unions can use all sorts of tactics to get workers to sign a card, which, not incidentally, is done in public.”

“Under the PRO Act, employers would also be forced to turn over to unions private information about their workers, such as home addresses, home phone numbers, cell phone numbers, email addresses, work schedules and more,” Ferguson wrote.

The legislation also proposes restrictions on workers who seek outside opportunities, she said.

“The bill also would make it much more difficult for workers to earn money in the expanding gig economy by adopting California’s stringent new test for determining independent contractor status,” Ferguson wrote. “Doing so would mean that military spouses, transitioning service members, ex-offenders and individuals seeking to earn a few extra bucks no longer have opportunities to provide services through app-based platforms. And the list of harmful provisions goes on and on – expanding joint employer liability, ambush elections, and mandatory arbitration of first contracts to name just a few provisions.

"It’s little wonder Speaker Pelosi has kept the bill off the floor," Ferguson wrote. "Hopefully, off the floor is where it stays.”

Want to get notified whenever we write about any of these organizations ?

Sign-up Next time we write about any of these organizations, we'll email you a link to the story. You may edit your settings or unsubscribe at any time.